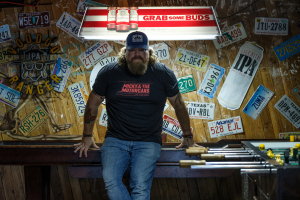 Anyone who has witnessed a performance from Drew Cooper can testify to experiencing a stirring of the soul kind of sensation as the music washes over.  The husky, soul soaked baritone of his voice is no doubt the very foundation his entire sound is built on.  His songs talk about every damn thing and his chops as a storyteller has propelled him into the songwriting cirles in Texas and Los Angeles.  Part 1 of his new double album “This Life” is a bold statement of accountability.  It’s honest, real life situations, sometimes hard, sometimes soft, that come to life through a mighty heart and an equally strapping voice that commands attention.

“When this album arrived on a busy day a voice from Hades crawled out of the car speakers singing Angel From Montgomery …… YES PLEASE!  There’s a rare fluency to this album; even if my words on individual songs don’t point in that direction; but with a voice as distinctive as Drew Cooper’s everything he ever sings will sound like him and no one else. This is very much my type of Country Music; and me and you will treasure this album, plus future and past releases like family heirlooms.” 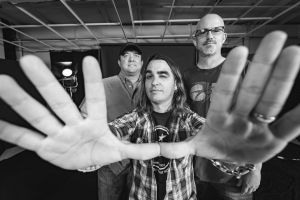 CODY CANADA AND THE DEPARTED

One of the most recognized names among the Oklahoma music culture, Cody Canada trails a 30-year music footprint stemming from the renowned music scene referred to as Red Dirt.  It goes by many names; some call it alt-country, some folk rock, some Americana, but no matter what you call it, the genre boasts an elite list of songwriters whose anthemic works have agelessly traversed decades and risen to legendary status.   For over 15 years Canada fronted the aggressive country rock band Cross Canadian Ragweed, touring giants that dominated the live music circuit nationwide until their break up in 2010.  In 2011, Canada and bassist Jeremy Plato formed The Departed, a power trio along with drummer Eric Hansen, and since then has carried on in that gritty and lyrically provocative style that keeps packed crowds hanging on every word. On July 1st, Cody Canada and The Departed released the reboot of the cult classic album “Soul Gravy” bringing the sound back to its roots featuring a return appearance from Lee Ann Womack and performances from some key folks who helped shape the original album. This husband and wife duo from Nashville has been applauded by the media for years.  Iconic music critic and country music historian Robert Oermann at Music Row Magazine, and the late Chuck Dauphin at Billboard have both called them "the real deal" with Chuck going on to say "Herrick may very well contain the next great female voice of this generation in Donna Herrick." They have won several awards in the industry, have performed at the Opry, and have played with an impressive list of A-list artists over the years.  Herrick's music has always been centered around heart wrenching melodies and harmonies.  Their new single "Some Kind Of Lonesome" is inspired by the recent loss of Donna Herrick’s mother, and the loneliness through a calendar year that feels, to many, to be the very definition of the word.  The profound imagery of the music video turns many tides of the soul, yet it is not without the life raft we all cling to, which is each other. This song is a brilliant prelude to their forth coming studio album "Sunderland Road."

“’Sunderland Road’ leads to realms of wistful reflection.  It paves the way for a moving set of songs, which, in itself, leads to a most satisfying sojourn overall.  The duo’s latest album offers ample evidence as to why their music has been so well received.”
-American Songwriter Magazine

​"Donna could probably sing the phone book and make it interesting, but that's not the only thing that makes their music unique. Donna has the uncanny ability to breathe emotion into a song and make the listener feel something."
-No Depression

For over a decade, singer-songwriter and musician Brandon Rhyder has been widely exalted for his exquisite ability to couple gorgeous melodies with superb storytelling and deeply admired for his signature songbird vocal style. 18 years of highly praised albums, a rigorous tour schedule of 175 plus dates a year and the privilege of working with top-notch songwriters like Liz Rhodes, Keith Gattis, Lori McKenna, Walt Wilkins and Radney Foster, Rhyder is on top of his game. His new single "I Felt Good Today" comes out September 13, 2019 in advance of his live acoustic album "Main Street Crossing" in November.

Curtis Grimes is responsible for thirteen #1 hit singles in Texas, eight of those #1's in a row including his latest single “Friends” off his new self-titled album.  The music video premiered on TheBoot.com.  He has seen over 30 million streams on Spotify, scored a #1 hit song on the Power Source Country Christian Chart, and most recently, scored a double win at the 2020 Texas Country Music Awards for "Single of the Year" and "Christian Country Artist of the Year," which he has now won twice.  Last year he took home "Entertainer of the Year." His music is 100% homegrown country steeped in southern values and Christian charity.

“A star in Texas, Curtis Grimes continues to make great music that can and does appeal to a wider audience.”  –RoughStock.com

“You can hear just how much a true artist can do with a simple message and melody, and three chords and the truth.” –Saving Country Music From a small town Arkansas kid to a mainstream songwriting scholarship in Nashville to a return to his independent country music roots, David Adam Byrnes is making the scene in Texas with singles flying up the Texas Regional Radio Chart. In fact, DAB is the only artist to take every single to #1 in the chart's 18-year history.  Byrnes previous album “Neon Town” made its presence known months before release with four back-to-back #1 hit singles with “Beer Bucket List” and “I Can Give You One,” and “Old School.”  The music video for "Old School" was premiered on CMT.com.  His new album “Keep Up With A Cowgirl” features some of his #1 hit singles and a few never before heard songs, a couple of those very dear to his heart.  DAB partnered with Durango Boots on his new music video for the title track in celebration of National Day of the Cowgirl, and features Team Durango professional female rodeo athletes.

“Slapping you square across the face with steel, fiddle, and Telecaster guitar, David Adam Byrnes is here to answer where all the country in country music has gone. And no, it didn’t take flight to ‘Americana.’  You want country damn music?  Well here you go.”  -Saving Country Music

“The creative approach that's landed Byrnes in the same conversation as Cody Johnson, Aaron Watson, Wade Bowen and other kindred spirits isn't about gatekeeping the genre. It's simply about an artist positioning himself to share the songs in his heart with a captive audience.”  -Wide Open Country 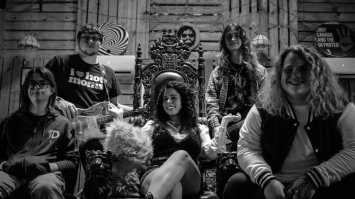 Waves is comprised of five friends who met through School of Rock New Braunfels, a special kind of music school that holds “live performance” as the pinnacle of academic excellence.  Peyton Glasco (18), Elysha LeMaster (17), Luke Wilson (16), Willy Canada (13) and Dierks Canada (16) started their journey together in 2019. Their debut EP “Take It Or Leave It” produced by AJ Vallejo features 6 songs written exclusively by the band and gives off sparks of punk, pop and alternative metal set alight by the R&B influenced vocal stylings of Elysha LeMaster.   In only 3 years Waves has snagged shows at some very reputable venues and festivals including Mile 0 Fest in Key West, Florida. Two of the band members represented the New Braunfels branch of School of Rock with a performance at the Rock in Rio festival in Portugal in 2022 with some of the biggest names in rock and pop music like Black Eyed Peas, Liam Gallagher, Post Malone, The National, and Muse. 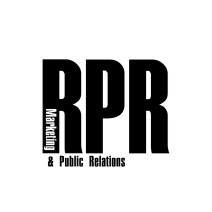 Jason Boland and The Stragglers

Micky and the Motorcars

Cody Canada and the Departed

Charlie and The Regrets

Nick Verzosa and the Noble Union